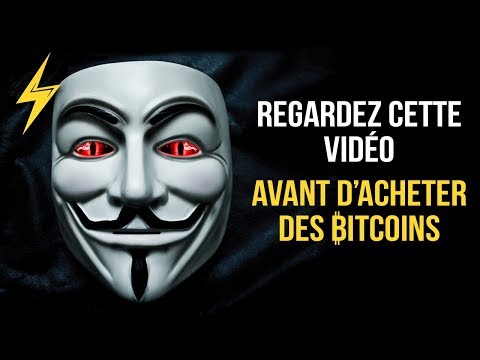 There was an incredibly important episode of Max Keiser today, the second half he interviews a Venezuelan entrepreneur who is building encrypted meshnet nodes that can send bitcoin transactions and encrypted messages with 3g and 4g without sms, in places that are heavily censored, offgrid, or out of power, they also said you can repurpose old bitcoin miners into these things as well.
With the direction that governments are going, I think it is increasingly important to seperate the blockchain from the internet backbone itself by using meshnets (and to ultimately make Tor and exchanges a part of it as well)
​
In any case to the point- G20 summit recently said that they more or less plan to wage a global KYC AML war on cryptocurrency. Many of their proposals undermine the entire privacy and safety of crypto and are antithetical. They are proposing building parallel identity associated traceable refutable, mutable systems and barring countless people out of the economy globally. They could try to break constitutional rights to put backdoors in open source software developers, to persecute miners, node operators, software and wallet releases like Wasabi. And now with FATF, the exchanges will lean towards, they will have a motive to simply ban non compliant or non identity attributed 'smart contract' wallets, a defacto ban on peer 2 peer anonymouty. Countries would attempt to force these wallets onto people and they would essentially have their bitcoin trapped in a statist parrallel bitcoin ecosystem with no way to send money to anonymous wallets, they would attempt to ban and regulate normal wallets and hardware wallets and to ban VPN and Tor, to seize DNS and domain.
​
IT's very easy to cencor crypto and thus money and economic freedom, because the stupid Decentralized exchanges have seizable servers, addresses, business, name, etc, and the order book and matching engine require a server adn resolver, and have temporary custodianship over crypto assets, happenoff chain, etc.
What is needed is a real time atomic swap over a decentralized DNS/servecomputation like with IFPS/ZeroNet/Namecoin/Blockstack, but there definitely needs to be hostable nodes, proliferated meshnet node phones. I think ethereum 2.0 scaling will be the breakthrough moment for speed/size, etc.
This tendency towards controlled DEX like Binance is just utterly unsustainable and needs to be readily undermined, but it will require the merging of many blockchain systems with meshnet strategies.
​
I am trying to gain some insight into what people are working on and envisioning for a lot of the coming layer 2 solutions in regard to a broader decentralized ecosystem, notably for DEX and smart contracts.
-How can layer 2 aid and help the concept of something like Ren VM where you have decentralized computing and smart contracts privately interacting with liquidity pools?
-How is layer 2 going to strengthen the feasibility of proliferating full nodes on raspberry pi and phones, and will it help DEX?
I feel like a really big issue like a front and center issue is the reliance of exchanges on a central server for orderbook matching and offchain settlement, margin, colateralization, the data involved. Non custodial wallets aren't enough. The central servers are a vector point for centralization, counter party risk, over reliance upon high capital institutions.
Arguably bitcoin needs something much more decentralized, that could be achieved with layer two solutions that either integrate with or emulate things like namecoin, ethereum smart contracts, and the new Ren VM tools. The biggest issue is of course speed and scalability.
The server function and data of these exchanges should be held inside smart contracts because its more secure, it seems like a virtual machine approach is in fact a better way to go about the challenges of linking liquidity pools and orderbooks.
There's also a project from back in the day called Gridcoin. It was or is used to link up computer processing power for science applications and scientific engine rendering solutions for modeling things. Richard heart is making a project similar for science applications.
I believe this is a much more secure way to approach DAPP's and layer 2 protocols, to get virtual machines that are not located on central servers to help process a lot of the advanced needs of the network, to slowly make the entire exchange and reliance of these failurepoints of bitcoin to be a part of the bitcoin protocol itself, to remove the ecosystem itself away from the clear net and central servers, and to begin to upload it into satellites and proliferated phone nodes.

I maintain a list of subscriptions over time for all the largest crypto subreddits i can find. (does anyone else know of a similar list?)
Any big pop in price is preceded and/or coincides with a big jump in subscribers. /Tezos sub rate is basically flat, sorry to say.
I can post the python code i use to collect subscriber count if anyone is interested.